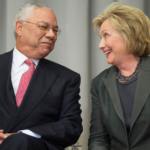 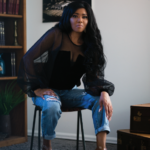 South Africa is located at the southern point of Africa. During the seventeenth century, Dutch colonists from the Netherlands (known as Boers) settled there. Over the next 200 years, British, French, and German settlers joined them. At first, they settled along the coast, but eventually settlers moved inland. These settlers developed a unique cultural identity and language and became known as Afrikaners. Their language, Afrikaans, began as a spoken dialect, but developed into a written language, too. Over the next 300 years, the Afrikaners battled indigenous (native) African peoples. established independent republics in the interior, and fought the British in two wars known as the Anglo-Boer Wars. All territories were finally united on May 31, 1910, to become the Union of South Africa. (The Republic of South Africa was established fifty years later on May 31, 1960). In 1910, there was a clear division between the Afrikaners (who belonged to Afrikaner political parties, spoke Afrikaans, supported Afrikaner cultural and linguistic endeavors, and belonged to one of the Dutch Reformed Churches) and British-oriented, English-speaking South Africans. In 1948 the Afrikaner-based National Party came to power. Under a strong religious philosophy and racist social policy, the National Party started to implement the system of apartheid. Apartheid separated the people of South Africa by law along color lines. By the 1980s, there were many Afrikaners who joined the effort to do away with apartheid.

Food in Our Culture

The everyday meal of the Afrikaner is characterized by an emphasis on meat, starch, and cooked vegetables. Green or fresh salads are rare. Breakfast features some kind of porridge. Away from the coast, Afrikaners learned from the native peoples to make a gruel called stywe pap or putu pap (stiff porridge or putu porridge). It is common to have this porridge for breakfast with milk and sugar, and also to eat it with meat or boerewors (boer sausage, made of beef and pork) at a braai (barbecue). Venison has always formed part of Afrikaner dishes, as grazing animals could be hunted or culled from national parks. Sosaties (skewered marinated meat similar to shish kebab) is frequently included in a braai . A recipe for bobotie , another favorite dish accompanies this article. Fish has become popular for those living near the ocean. Two foods from pioneer days are still popular among Afrikaners: beskuit and biltong . Beskuit (rusks) are biscuits that have been oven-dried. They are served with coffee. Biltong are strips of dried meat (traditionally, beef or venison; more recently, elephant and ostrich). The biltong are treated with salt, pepper, and spices prior to drying.

Marriage in Our Culture

Pre-Christian marriage in black communities was based on polygyny and bridewealth, which involved the transfer of wealth in the form of livestock to the family of the bride in return for her productive and reproductive services in the husband’s homestead. Christianity and changing economic and social conditions have dramatically reduced the number of men who have more

than one wife, although this practice is still legal. Monogamy is the norm in all the other groups, but divorce rates are above fifty percent and cohabitation without marriage is the most common domestic living arrangement in black and Coloured communities. Despite the fragility of marital bonds, marriage ceremonies are among the most visible and important occasions for sociability and often take the form of an elaborate multisited and lengthy communal feast involving considerable expense. 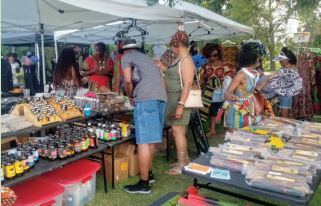