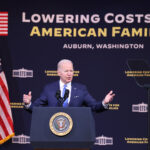 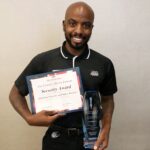 –Ceremony Set to honor the remarkable achievements of Africa, Africans and African descendants across various industries

The Africa-America Institute (AAI), the premier US-based international organization connecting Africa to America through education, training and dialogue, announced its 38th Annual Awards Gala celebrating the vast contributions of Africa and its worldwide diaspora. Returning to an in-person format, the Awards Gala will take place at Cipriani 42nd St. in New York City, on September 20th at 6PM.

Launched in 1984, the AAI Awards Gala is the most anticipated African-centered event convened in New York City. Held during the week of the United Nations General Assembly, the Gala brings together a host of distinguished notables including heads of state, diplomats, government officials, business and civil society leaders, scholars, journalists and other leading figures for an unforgettable evening.

Hosted by marketing executive, entrepreneur and author Bozoma Saint John, this year’s awards will center around the theme of “Africa in the World.” During the ceremony, AAI will honor an illustrious group of leaders across industries that have used their platforms to advance and affect substantive change locally, nationally and globally in their respective areas.

The 2022 Awards and Honorees include:

National Achievement Award: The Republic of Botswana to be accepted by His Excellency Mokgweetsi Eric Keabetswe Masisi

“This year’s Gala promises to be especially exciting as it marks a return to an in-person event after the last two editions were held virtually due to the COVID-19 pandemic. We are delighted to have the opportunity to honor the people of the Republic of Botswana for their steadfast commitment to democracy and ground-breaking global partnerships in medical research and education,” said Kofi Appenteng, AAI’s President & CEO. “We’re also celebrating Dr. Solomon Assefa’s crucial work in deploying AI to enable sustainable futures, Betty Kibaara’s work championing food security and agribusiness investments, and Mahen Benetti’s legacy of bringing African and Diasporan voices to the forefront of global cinema. In geographical, scientific, artistic, and cultural terms these honorees embody this year’s Gala theme of Africa in the World.”